Everyone in Vic knows Olga Derevenko, this young seamstress of Ukrainian descent who once ran a sewing workshop on Rue du Général Delort.

She lives in Préneron and now works in Auch, where she makes aircraft seats in an upholstery workshop.

She is obviously deeply affected by the events in her country where her whole family lives, especially her 18-year-old younger sister Anastasia, a student in Odessa.

Everything changes on February 24th

Anastasia lived in a shared flat and was woken up on Thursday February 24 by bombings of sheds near her home.

In fact, these are hangars that house military equipment and a hydrocarbon depot. 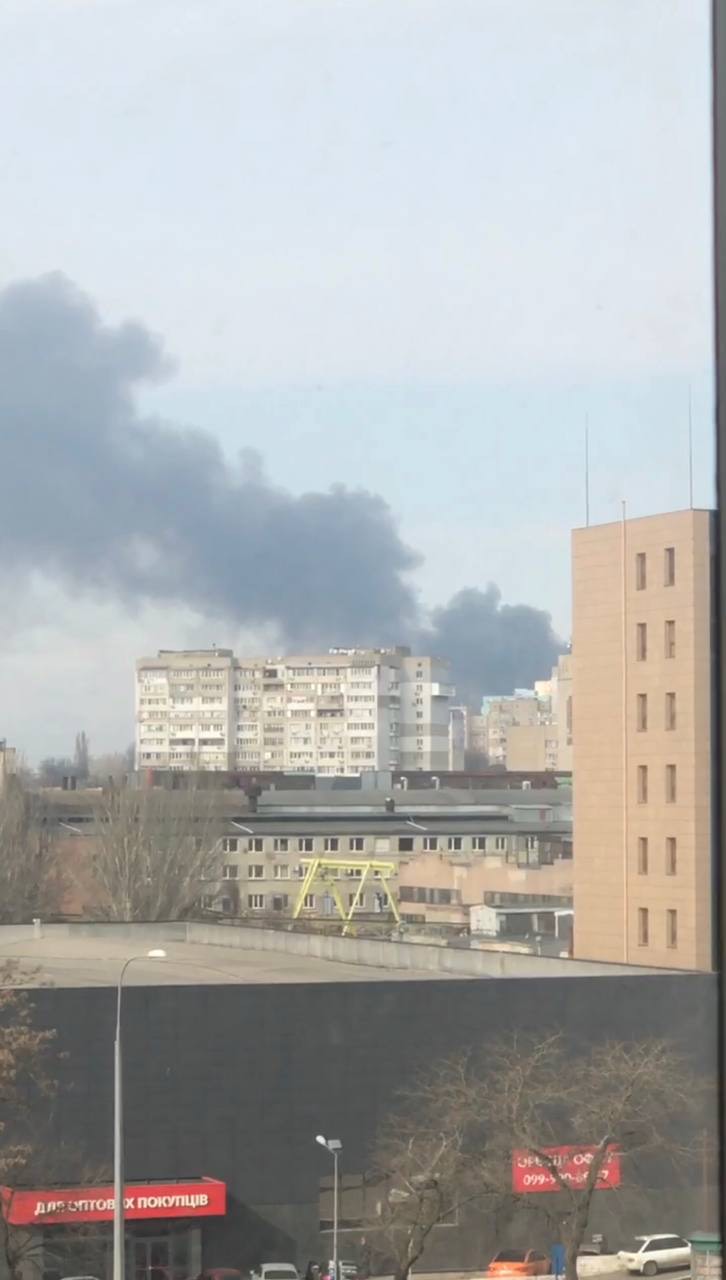 Distraught, she joins her sister on the phone.

Her roommates agree to leave the apartment with a family member, but there is no room for Anastasia in the car.

She is alone and calls a friend who will pick her up and take her to a village near Odessa.

Assuming that the situation would not last and that she could return home quickly, she takes only two or three things with her, her passport, some papers.

She will stay in this village for two days but she is not safe there as the place is likely to be bombed.

From Saturday noon, Olga and a friend set off on a journey that will last 6 days!

The goal: to rescue Anastasia in Romania and bring her to France.

“I told my sister to take a bus to go to the Romanian border, but the bus never arrived.

She was eventually able to go with a friend who took her closer to the border.

The journey takes 5 hours, 5 hours scared because I lost contact with my sister due to the lack of network.

On the street I knew that she could meet bandits, soldiers taking advantage of the situation, and I was very scared!

For my part, I had problems coming back at the Romanian border.

After administrative problems, I was able to reach Bucharest.”

In the meantime, Anastasia had been able to cross the border by boat and was in Romania with other refugees in a shelter where she was staying overnight.

But Anastasia doesn’t know how to take the train to Bucharest, where her sister is waiting for her. She has no money and owes her rescue to a volunteer who takes her under his wing and offers her the ticket.

The reunion in Bucharest and the way to France

What a relief to finally be able to hold her in my arms! 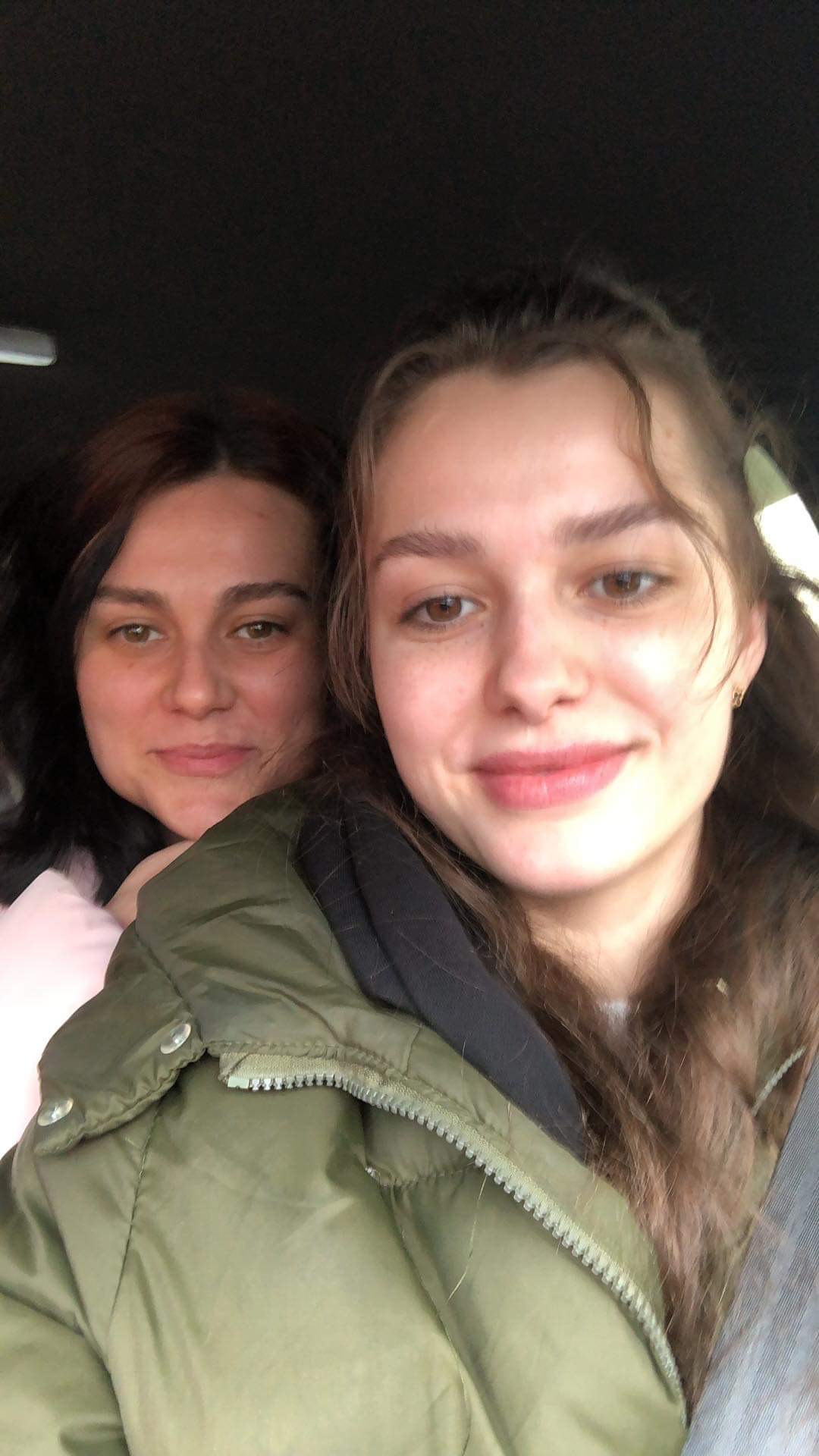 But we were not yet at the end of our problems.

At the French consulate we were met by a wonderful person who handed us passports.

We were stuck in traffic for 5 hours because of the many Ukrainians fleeing their country.

At the border, due to administrative problems, we had to wait another two hours before entering the territory. No one understood what the papers that the consulate had given us were.

Arrived in Hungary, we were relieved and took turns driving to Vic without stopping.

We arrived Friday morning at 6am after 6 days of travel and 36 hours on the road! »

Indeed, since last Sunday I welcome a family of 5 people.

It is a couple, their daughter and their two young children aged 6 and 11. I have no blood relationship with them, but they are people I know very well, they are like family at heart.

These 5 people lived near Kyiv, where the situation is even more dangerous.

Very close to her house there is only shooting and bombing.

The two children’s school was bombed and completely destroyed.

They took refuge in a house near the Polish border that housed 24 people, but the area was also bombed.

I was in touch with them and I saw that they didn’t know what to do anymore, so I offered them to come here and they are here today!

Scares and frightens the children as soon as they hear a helicopter, the little one never wants to be left alone. You are traumatized. »

Priority: looking for a flat for the family

“At home they are sheltered, we have a roof, even if it is very small. I could count on the generosity of my landlady, who opened up an extra bedroom for them.

I contacted the prefecture for accommodation.

In the meantime, I have contacted the Vic-Fezensac town hall about a possible school enrollment for the children. Even if they do not speak French, it would do them good to be with other children to forget the trauma they have suffered.

The problem is the apartment because I live in Préneron.

Housing depends on the school education of the children.

The family is willing to take any small job that is offered to them.

Like my sister, they have temporary residency permits for 6 months, allowing them to remain in the territory, receive assistance and work.

When I find a solution for the family, I will take care of my sister.

At the moment she is staying with me, but I would like to find her a job, maybe a roommate in Auch. The situation is likely to continue, and even if it can return, what state will it find the country in…”

All the associations I contacted have responded positively, but the time taken to process the files was necessary to deal with the emergency.

For this, I could count on the generosity of the Vic-Fezensac merchants, who responded immediately and to whom I would like to express my heartfelt thanks.

It’s this surge of generosity that gives me the strength to keep going.

I could also count on the solidarity of everyone around me, be it for food, clothes…

Disturbing news from the family left behind

“My father’s whole family, my uncle, my cousins, my cousins ​​are there.

The news isn’t good. They live in a small village on the border with Romania, the village where I was born.

Until then it was quiet, but today many refugees have arrived and the situation is difficult.

On video I saw a friend my age, a Ukrainian soldier, lying wounded on a mattress covered in blood, his head wrapped in bandages.

The other members of my family do not want to leave their country.

A land that belongs to them less and less…”

If you want to help Olga and her family, you can reach them on the following number:

Emergency shelter in Vic-Fezensac to accommodate the family of 5 and allow the children to attend school.