“I hope that the bells will bring you much good and, above all, better health.” These few lines, touching and full of attention, have been carefully written by one of the residents of Domitys (retirement home, on rue de la Raie) for one of the Children in the pediatric service of the CHAN (hospital center of the agglomeration written Nevers).

For a good two months, the residents, actually residents for this workshop, made Easter baskets filled with chocolates and coloring books (for children who are not allowed chocolate).
Thursday, April 15, afternoon, a few hours before the official passing of the daffodils, the children of the pediatric service were entitled to a special delivery.

Carine Mailliard, network manager, and Marie-France Brioude, presenter, emerged from the residence almost like neighbors and carefully carried the pretty rabbit-shaped baskets and their precious trimmings to the pediatric service teams. Shortly before, in the morning, the residents had finished writing cards with sensitive messages for the children.

A few tears in my eyes

Since it was not possible for the residents to go directly to the small children, all these little people were able to get to know each other better via video. Just before 3pm in the Domitys hall, a number of ladies were sitting around a table eager to spot the children’s faces and their reactions. “We will stand far forward to see them.”

“The locals would love to come. They expect a lot from this exchange. It may not seem like much, but it is a lot for her,” Carine Mailliard told Edith Rainon, Health Manager, who thanked for the gesture on behalf of her team and the Domitys children. “It’s a great operation.” 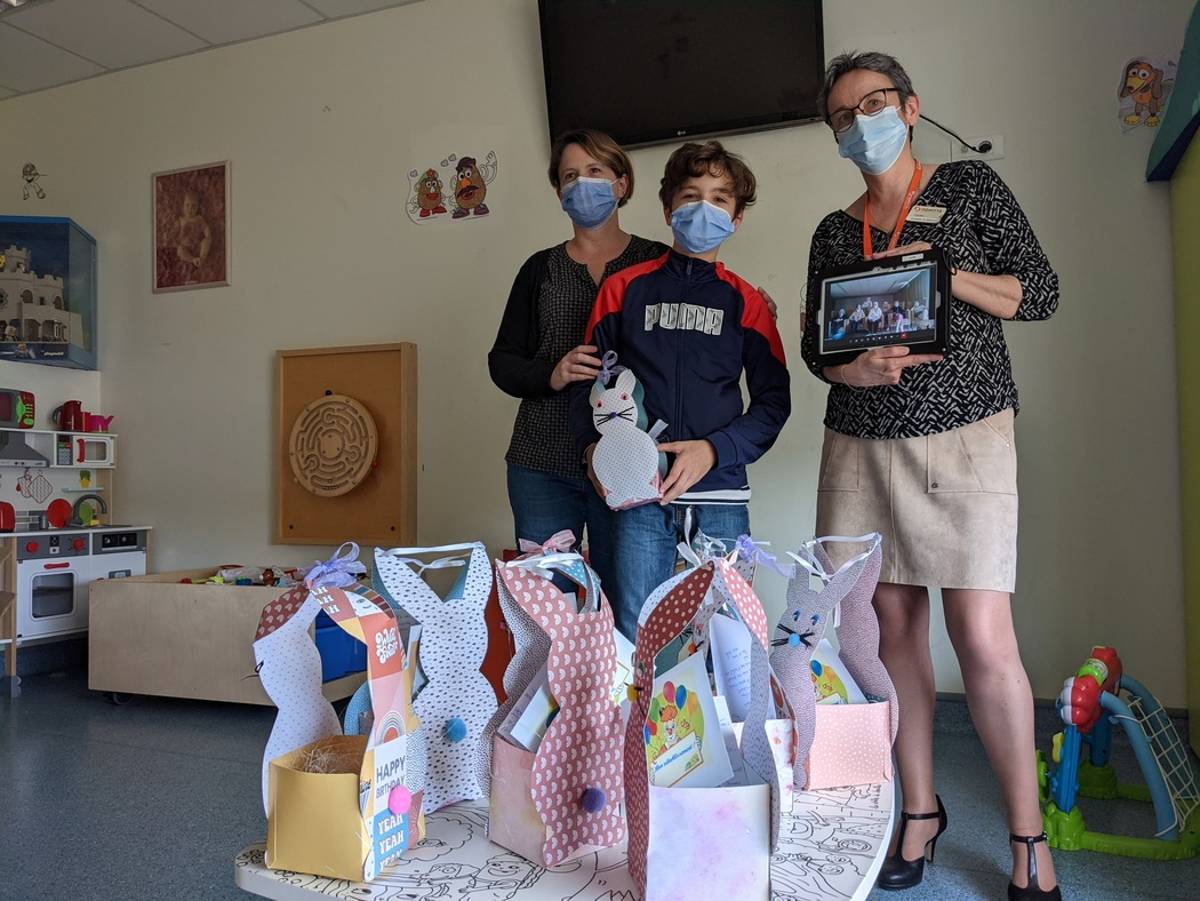 Timéo was the first to receive his basket and greet the residents.

Timéo was the first to get his basket. Many emotions were shared between the children and the residents. A few tears glisten in her eyes.