If the members of the studio have previously worked in other French companies such as Ankama (Dofus, Wakfu…) and Hydravision (ObsCure, Alone in the Dark), Young Souls is their first game as a new independent studio. The members of 1P2P offer a cooperative action RPG (offline only) with gameplay reminiscent of beat ’em ups like Streets of Rage, but with role-playing elements as a bonus. Previously reserved for Google Stadia users, the title has recently become available on all consoles, PCs and Game Pass.

The title lets us follow the story of Jenn and Tristan, the flamboyant twins, orphaned from a young age. These are collected by the Professor, a scientist who treats them like his own children. But the latter mysteriously disappears at the beginning of the adventure. While exploring his laboratory, the twins come across a portal that takes them to a parallel world where there is a society of goblins. Then they learn that their adoptive father was kidnapped by dangerous inhabitants of this world. However, they can rely on the professor’s technology, as well as the help of various goblins, to explore dungeons and achieve their goal.

So, Young Souls is an action RPG whose gameplay mostly resembles a classic beat ’em up. During the day, the twins can stroll around town, shop for clothes and get ready. At night, they cross the portal to fight goblins. Dungeons are divided into short levels, most of which are optional. A whole bunch of enemies are hiding in these levels, as well as chests with items and equipment.

The twins are both controllable, in co-op mode both can be controlled simultaneously, while those who wish to play alone can switch between the two at any time. The range of movements remains classic, with an attack button, objects that serve in different situations, a parry, as well as an evasion heavily limited by a stamina meter. Jenn and Tristan both have identical gameplay, but it varies depending on the gear they are assigned. The weight of the equipment will not only change the speed of the characters, but four types of weapons with different attacks are also available.

These short levels will allow you to advance quickly in the scenario, but it’s still advisable to progress through the additional levels to gain experience and equipment. Young Souls shows its true colors very quickly, that of a fairly difficult game. Even if many enemies are tough, mainly the bosses will be the problem. These are particularly successful, they are fast and have multiple phases and life bars. We must then use all the means at our disposal to defeat them. Plenty of accessibility options allow the formula to be loosened up a bit, but even at its lowest difficulty, the title doesn’t falter.

The title is necessarily quite repetitive since defeating monsters is our main task. But the gameplay is very effective, has some subtleties and does not lack in resonance. The attraction of loot and experience gives good reasons to progress through the dungeons in full and also allows the difficulty to be reduced a bit. A formula that quickly becomes addictive as long as you stick to its gameplay. However, the title does suffer from some minor performance issues, particularly on Switch, where framerate drops occur from time to time.

The title 1P2P is also very fitting thanks to its very good artistic direction. Characters and settings are cartoon-like, Young Souls uses a mix of 2D and 3D that looks particularly good. The characters are well animated and don’t lack life. We feel that a lot of effort has gone into this aspect to point the gear and clothing we choose directly to Jenn and Tristan. The title also doesn’t hesitate to use animation sequences as cinematic sequences during the most important passages of the scenario. However, we regret a soundtrack that lags behind and is far from memorable.

With this artistic direction and its universe, the title is particularly memorable. Young Souls offers a scenario that is not necessarily complicated, but has a lot of personality. Whether it’s our rebellious teens using lots of flowery language or the squad of not-very-intelligent villains, the game’s writing allows for plenty of humorous touches that work. The universe is supported by other game mechanics such as: B. the ability to increase your stats by going to Happy Fit, the town’s gym, and completing bodybuilding mini-games. Young Souls offers a very charming adventure that will delight beat ’em up fans with the increased difficulty.

1P2P is an independent French studio founded by former developers from other companies such as Ankama. Last summer they offered their first game on the Google Stadia platform. The same title recently became available on all consoles, PC and Game Pass. Young Souls is an action RPG, a mix of classic beat ’em up like Streets of Rage and RPG elements. Fully playable in co-op, we follow the adventures of Jenn and Tristan, twins who were orphaned from an early age and discover the existence of a parallel world inhabited by a society of goblins. They must then go in search of the Professor, their adoptive father who has mysteriously disappeared into this world. During the day, the twins can stroll around town, shop for clothes and get ready. At night, these pass through the portal to fight in different dungeons. If the gameplay is dynamic and easy to learn, Young Souls still retains a lot of challenges, although it is possible to lighten this aspect with a whole range of accessibility options. It’s still advisable to progress through the additional levels to gain experience and equipment to face the many challenges. The rather repetitive title nevertheless surprises us thanks to a successful artistic direction, a mix of 2D and 3D that seems straight out of a cartoon. He’s still being criticized for his very discreet music, but Young Souls offers a very must-see adventure for fans of the genre and a scenario that doesn’t lack humor. 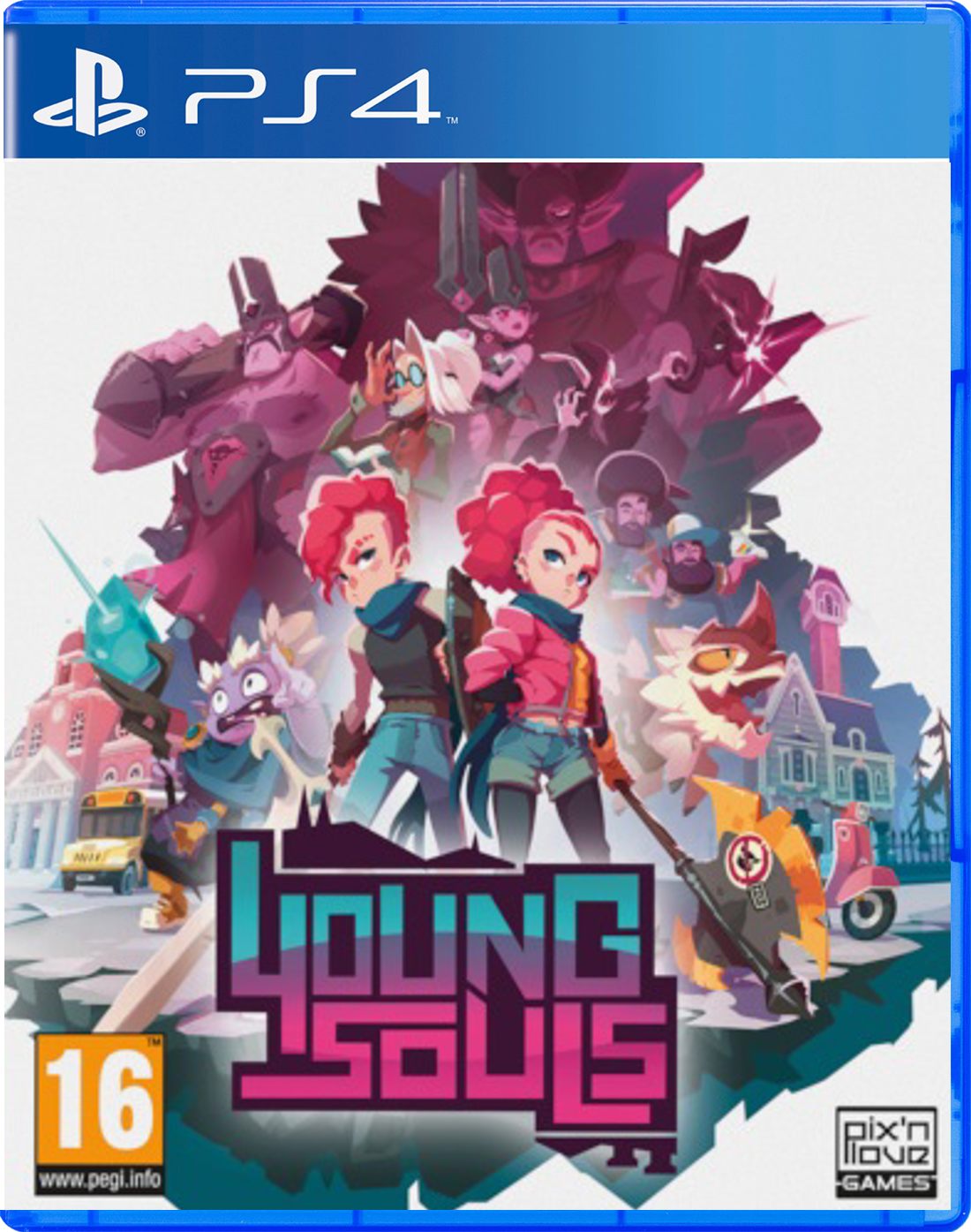