Singer Rihanna, who is nearing the final weeks of her pregnancy, spoke about motherhood at a recent event organized for her cosmetics brand Fenty.

Most notably, Rihanna told Elle magazine “the best advice” she’s ever received on the subject. “Probably the best advice is to sleep now because I won’t have much of a chance later. I have to work on it before it’s too late,” she said.

The singer also confided that as a fan of the reality TV series Real Housewives, she could become a mother like Heather Dubrow or Teresa Giudice. While mentioning that Dubrow is chic and allows her kids to be who they want, she made it clear that she feels closer to Giudice: “She can crush you when it comes to her kids. And that resonates with me a lot because I feel like that’s the kind of mom I’m going to be. A real psychopath when it comes to that.”

As a reminder, Rihanna is expecting her first child with rapper A$AP Rocky. The celebrity couple has been a couple since December 2020.

Speaking to Entertainment Tonight, the star revealed that she had great difficulty hiding her pregnancy from those close to her. “They said, ‘Don’t you want a drink? Don’t you smoke?’ And I ate a lot of things I don’t normally eat. They know I hate sweets and suddenly asked for cookies and donuts. But in the end I just made the decision to tell them everything and of course they were all shocked, as was the world,” she revealed. Rihanna happily added, “I just take things as they come each week. There’s always something new and I just take it and enjoy it.”

The birth will be great

The singer, who has yet to reveal the gender of the baby, said she would have planned everything down to the last detail for her delivery. According to Heat Magazine, she wishes D-Day would be surrounded by her loved ones at her lofty Barbados mansion, where a delivery room with all the necessary equipment, including a dedicated swimming pool, would have been installed there.

“For her, the day she becomes a mother is the most important day of her life. She wants it to be as magical as possible. She will have with her the people who are most important to her, including her mother Monica and her childhood best friend Sonita Alexander, who is a doctor and who asked her to give birth to her,” the magazine said. 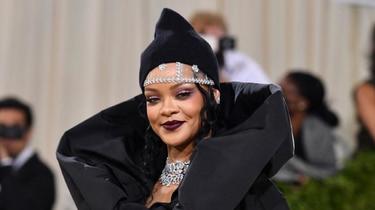 The latter added that everything was planned to celebrate the baby’s arrival with dignity: “Rihanna will organize a lavish party on the beach and will also organize other gatherings at her home and at a nearby resort. She can’t wait to celebrate with all of her favorite people and is determined to make the day big.”