A mother accused of killing her five-year-old son today described herself as an “overprotective” mother.

Angharad Williamson, 31, told a homicide jury she “loves the bones” of her “perfect baby” Logan Mwangi, who was found dead in a river 400 meters from the family home.

The youth had suffered catastrophic injuries similar to those suffered by victims of high-speed car crashes or falls from heights, the court heard.

He had dozens of bruises and abrasions all over his body, his liver and small intestine were torn, and he had suffered “very traumatic” brain damage.

Williamson, her stepfather John Cole, 40, and a 14-year-old boy, who cannot be named, accuse her of murder and then cover up her death.

And Williamson, who denies murder, told Cardiff Crown Court today that she photographs him every day. 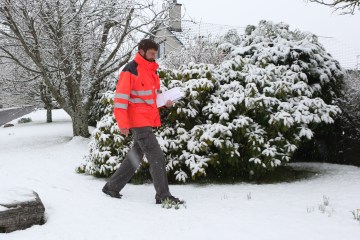 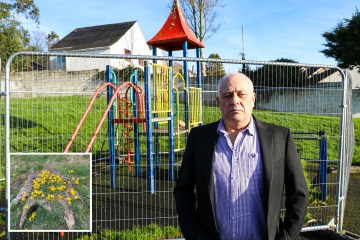 “I took pictures of him sneezing, coughing, I was so smitten with Logan,” she said.

When asked about her relationship with Logan, she replied, “It was beautiful.

“I’m quite an emotional and needy person and Logan was very affectionate, as was my mother.

“We were very close. Logan was my little buddy. We did everything together, he was such a beautiful, happy little boy. »

She went on to describe the kid as “so smart,” adding that she’s “so proud” and regularly shows him off on Facebook.

But when asked about her concerns for her son, Williamson said: “I was a little overprotective of him, I always have been. it’s my baby »

Earlier, the court heard gym-goer Cole, who reported his height as 6ft 4″ and 15 stones, deny murdering Logan, who was 3ft 5″ and 3 stones.

He told a jury, “I never touched it,” while being questioned by prosecutors.

“I woke up to Logan’s death and it didn’t make any sense,” he added.

Logan suffered 56 external injuries to the body, as well as trauma to the brain, liver, and small intestine.

He didn’t call an ambulance, but insisted he was “freaking out.”

When asked by prosecutor Caroline Rees QC why he chose to dump a child’s body, he replied: “I don’t know, I wasn’t thinking straight. »

Logan was found dead in the River Ogmore in Sarn, Bridgend on July 31st last year.

Medical experts said Logan’s injuries were of a magnitude comparable to a “fall from a height” or a “high-speed road collision.”

Cole and the teenager are accused of taking Logan’s body to the river while Williamson allegedly tried to remove incriminating evidence from the home and wash blood-stained sheets.

Williamson denies any involvement in her son’s death and says she slept through the night and woke up to find him missing.

Williamson and the boys deny murder and perversion of justice.

Cole denies murder, but admits to having perverted the course of justice.