A tank surmounted by a tightrope walker… The pottery is the work of a little Ukrainian boy, Arseni, who is taking part in the workshop of the Druaise Association, Terres d’Artistes, at the Hotel Mounted.

“It doesn’t need words,” notes Martine Acquaviva, one of the association’s presidents.

“We are here to forget the bad news”

Focused on her globe, little Daria, 9, who fled with her family from the city of Zaporijia in eastern Ukraine, remains in her child’s world. She started making a manga character. Just like Vladyslaw, also 9 years old, who is from Odessa. 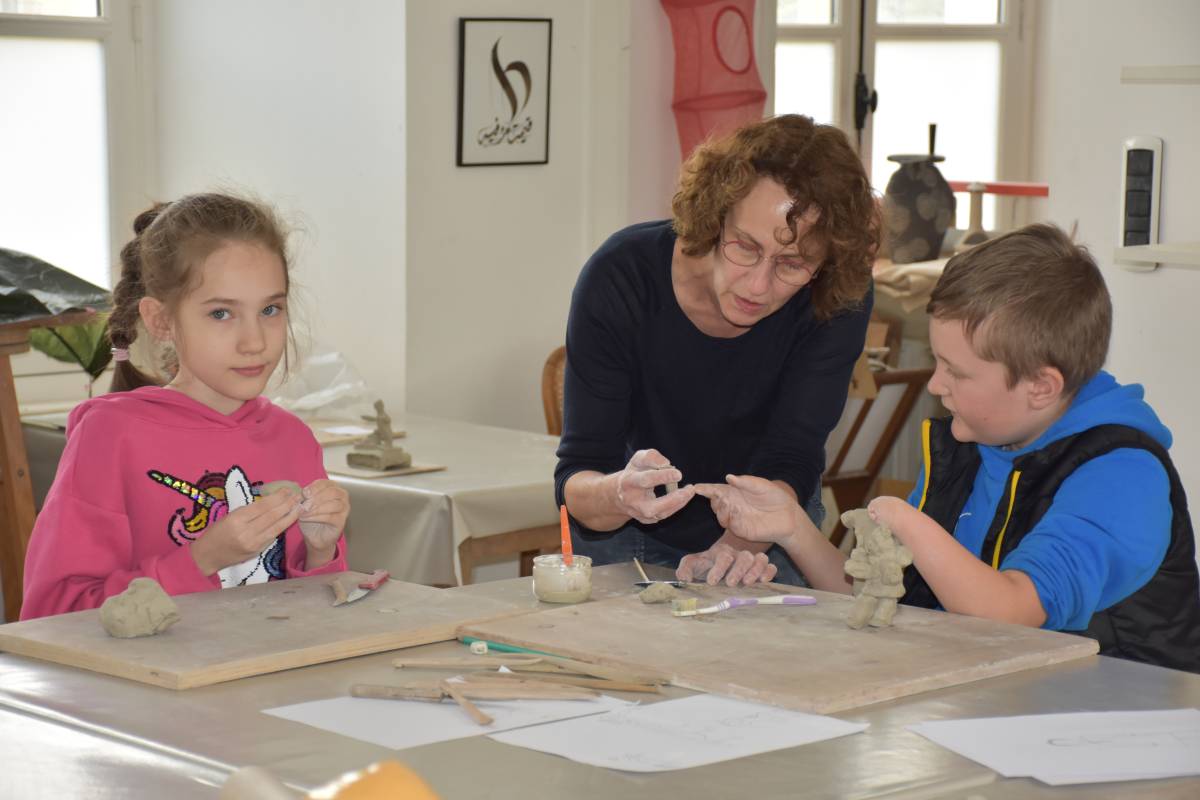 Daria (left) and Vladyslaw, 9 years old, are taught how to make pottery by Anne-Christine Burling.

During the school holidays, Terre d’Artistes opens its pottery, drawing and comics courses to Ukrainian refugee children in the town of Drouais:

“In the beginning we thought we’d take in three or four Ukrainian children. In the end it’s a dozen. Terre d’Artistes gets its full meaning here. It’s the refuge of art and development.”

Raba Meghrat (President of the association)

On the first floor, Yusuf and Hlib, two 14-year-olds from eastern Ukraine, paint with Philippe Govin: “We never talk about the war here. I’ll take care of it, we’re here to forget the bad news. “

bonus The Hotel Montulé, an island of art in the heart of Dreux

With a few pencil strokes, an unlikely creature puts on clothes and accessories: “We’ll learn a few French words along the way.” The opportunity to discover that the tie is “pronounced almost the same” in French and Ukrainian. 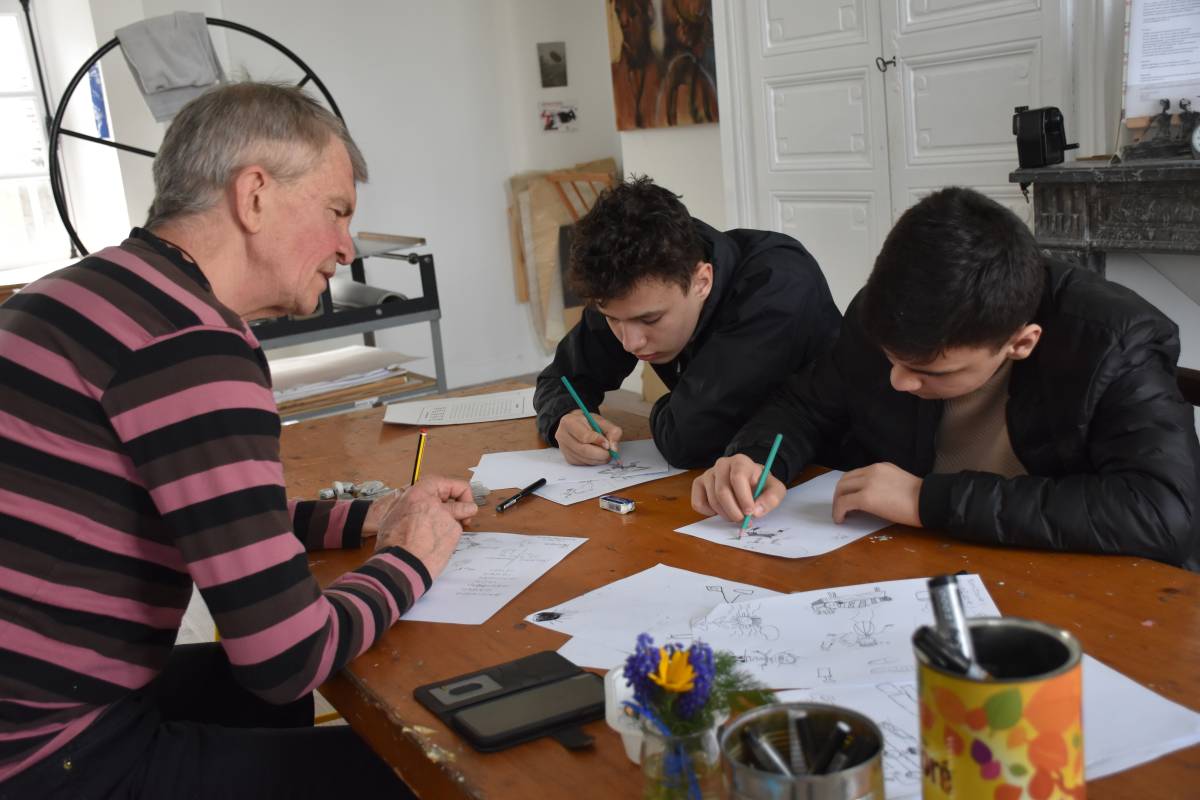 Yusuf and Hlib draw with Philippe Govin and learn some French vocabulary along the way.

Hlib, who dreams of becoming a surgeon, and Yusuf, a police officer, crossed Paris before arriving in Dreux: “We prefer the atmosphere here. Paris, it doesn’t smell good”, they slip and laugh at Natalya, a Russian Speaker who has volunteered as a translator since the arrival of the Ukrainians in Dreux.

She paints a dotted reality:

“Ukrainian refugees don’t know how to eat. Will they stay? Will they return? They all dream of going home…”

A slightly lighter uncertain future in the bubble of Montulé.