Over a glass of tea at the family home in Drancy, Filiz and Mehmet, the parents we are following in this first round of presidential elections reminisce: “We do everything as a family. weddings, funerals. We share our customs and traditions with our children and voting is part of it.”. A proud reminder from Firat, the eldest son of the siblings: “I accompanied my parents to the election before I was eligible to vote. »

Filiz and her husband Mehmet, of Turkish nationality, obtained French nationality in 2002 and 2000 respectively. While Filiz had lived in France since she was 6, she only received naturalization after marrying her spouse Mehmet, who came to France when she was 17. “In fact, thanks to me, she can choose,” Mehmed joke. This new right takes on its full significance for the couple who have entered the country as foreigners: “If I had to choose between my Turkish and my French nationality, I would choose France. This is where I want to live, work and raise my kids.” the father continues.

Today, Mélenchon is the true leftist and socialist force.

In 2007, they therefore voted together for the first time in the presidential election. Filiz and Mehmet followed Filiz’s father’s voting instructions: Vote for the Socialist Party. Fifteen years later, the grandfather gave his grandson his vote so that he could vote by proxy in Rosny-sous-Bois: “My grandfather came to France thanks to family reunification, so he has strong ties to the Socialist Party, the young man justifies. You had to explain to him that the PS of that time is not the same anymore. And that today the real force of the left and socialists is Mélenchon.”, explains today Firat, a 22-year-old political science student who is directing the election of his grandfather, who has remained faithful to the values ​​of the left. An analysis confirmed by the results of the second round, in which the PS candidate Anne Hidalgo did not exceed 2%. A historically low number.

From generation to generation, the torch and the debates merge to elect the candidate closest to their beliefs. Disappointment for some while others remain hopeful. 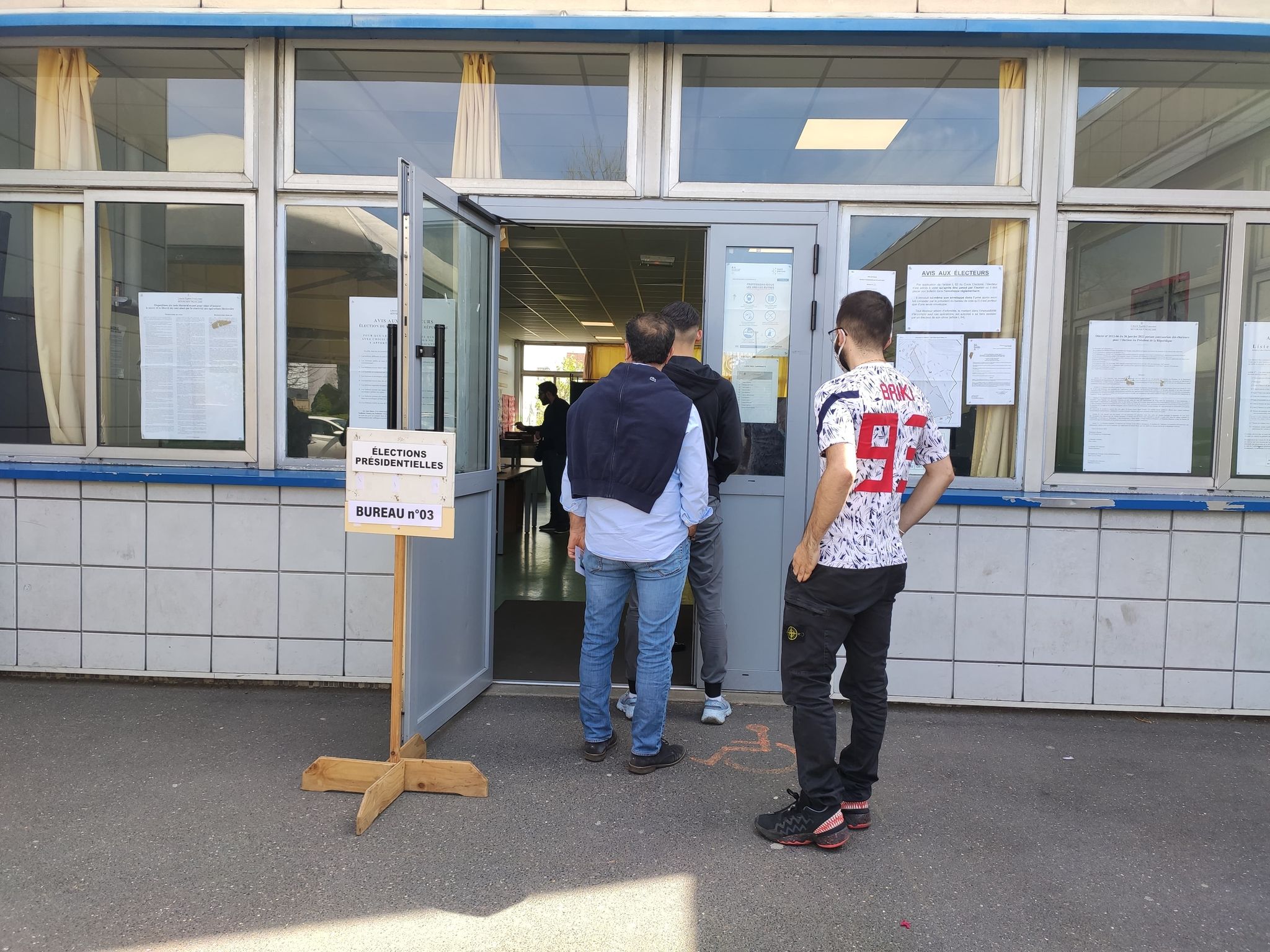 “We share our customs and traditions with our children, and voting is part of it.”

“My heart’s voice, it might be Jean Lassalle, I think it’s authentic. I read his book. He toured France, he met the farmers”says Filiz under the disapproving look of his eldest son, who is puzzled by this choice: “I’m learning things! »

When Philippe Poutou is mentioned in the discussion, the NPA (New Anti-Capitalist Party) candidate seems to be more unanimous. Although the candidate of La France insoumise, Jean-Luc Mélenchon remains the voice of Firat’s heart, disappointed by the Communist Party. A party for which he had also been involved with the young communists in ’93 for a number of years.

Everyone knows who will win. Before that there was a tension that we didn’t know.

For Mehmet, a 52-year-old father, the heart is not in it. “During this election there was no debate”he remembers. “Everyone knows who will win. Before there was tension, we didn’t know. There even he knows who will win! », Mehmet regrets about the outgoing president, who is considered a favorite in all polls. And finally emerged as the winner with 27.6% of the votes at the end of a turbulent election evening for him.

With his eyes on his phone, the youngest of the family listens to the debates with a discreet ear. Mitat, 19, voting for the first time. “At Mélenchon, petrol costs 1 euro 40”, he says when his father mentions the increase in gas prices. More interested in sports, he says he’s been following this campaign from afar. But in the last few days he has seen “Everywhere on social networks people encouraging Mélenchon to vote”. He adds to his big brother: “Definitely, Firat got into our heads! »

What struck me the most is the minimum wage of 1400 euros. And the price of gas because I want to buy a car.

Like many young residents of Seine Saint Denis, his choice fell on the candidate Jean-Luc Mélenchon: “I read his program. What struck me the most was the minimum wage of 1400 euros. And the price of gas because I want to buy a car ‘ he says on the threshold of the door, ready to go to the Drancy polling station, in the elementary school that saw it grow.

Despite this doubt-ridden exchange, the atmosphere under the sun ahead of the vote is light. “It’s a bit cold but don’t worry, Mélenchon will warm our hearts”, Firat replies to his father, showing him his French football team shirt, which he has put on especially for the occasion. In the car he throws the song, Inspector Disizfrom Disiz to Pisces: “We are in 2024 under the 8th Republic”, we hear on the car radio. Words that resonate with the promises of 6e Republic of the candidate of disobedient France.

The disillusionment with the carnelian choice, which is repeated in the second round

The choice between Emmanuel Macron and Marine Le Pen is “plague or cholera” defend Filiz. She says that in the second round of the 2017 presidential election, the couple decided with her husband to block Marine Le Pen by voting for Emmanuel Macron. But in the end she didn’t succeed: “I did what I had to do, I voted blank. The pain is still there and I didn’t want to go through the same thing again in the second round.” ends the mother whose doubts have come true.

Ahead of this election, the 47.9 million voters registered on the electoral rolls stand for the second round, which will be held next April 24th. A difficult choice, especially in Seine-Saint-Denis, where La France insoumise ranks first in 37 out of 40 cities.

Jean-Luc Mélenchon’s results in the 93 are historic. Top in 37 out of 40 cities, here in the first round unprecedented results (+60% in Saint-Denis, Bobigny, Clichy-sur-Bois, Aubervilliers, etc.). And in the queue faces that are rarely seen at polling stations.

While Anne Hidalgo (PS), Fabien Roussel (PCF) and Yannick Jadot (EELV) specifically called for a vote for the outgoing president, Jean-Luc Mélenchon and his campaign team did not opt ​​for that eventuality, demanding “not to give a single vote Marine Le Pen”. A message that leaves the citizens the choice between the outgoing president, abstention or an empty vote. In these circumstances, there is no longer a vote of the heart. As for the useful vote taken in the second round by part of the left was requested, it leaves a bitter aftertaste.