A BROKEN HEART family has paid a touching tribute to their ‘loving’ boy who was smothered by his father 18 years ago.

Lewis Turner suffered permanent brain damage after his father, Alan Bird, held a pillow over his head in September 2001 when he was two years old.

He suffered from a variety of medical conditions following the attack, including cerebral palsy following the September 2001 attack.

His speech, hearing and vision were impaired and he had to be fed through a tube.

Prosecutors said Lewis’ death in July 2019 was the end result of the premeditated assault.

Reflecting on the years they spent with him, Lewis’ adoptive family said they were grateful for the time spent together. 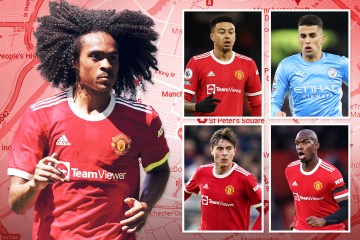 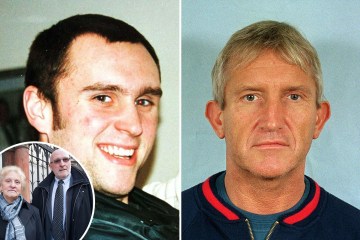 In a statement, they said: “We all miss Lewis very much. From the moment we adopted Lewis, we have tried to give him as normal a life as possible, despite the serious injuries he sustained.

“We are grateful that we were able to share so many fun and happy times with Lewis and create memories that we will always cherish.

“Lewis has brought us so much joy, laughter and love every time he has been there. Lewis will always be with us. »

Alan Bird was given life today, with at least eight years before he could be considered for release.

Bird had previously been sentenced to eight years in prison after pleading guilty to intentionally and cruelly causing grievous bodily harm to children.

He served five years and four months in prison before being released on bail before being found guilty of murder in a trial at Leeds Crown Court this month.

Lewis was found dead at the house where he lived with his adoptive parents in Tingley, Leeds, until dying of peritonitis caused by an infection in his stomach tube.

Experts have described his NHS care as impeccable.

Prosecutor Richard Wright QC told the Leeds court: “The death of Lewis Turner was not an abnormal infection claiming the life of a healthy boy.

“Rather, it was the end result of Alan Bird deliberately attacking Lewis. »

Paramedics found Lewis bruised and “deadly pale” when called to the property.

Lewis was rushed to the hospital, where a scan revealed he had suffered devastating injuries due to a lack of oxygen in his brain.

Bird later admitted to a social worker that he was responsible for the injuries.

Leeds Borough CID Detective Inspector James Entwistle said: “This is an absolutely tragic case of a child ultimately being taken with his life by his parents who should have been there to look after and protect him .

“Lewis was initially severely disabled after being severely assaulted by Bird and died as a direct result of his actions, which was the violent culmination of a pattern of abuse and neglect suffered by this young boy.

“Despite the care and support of his adoptive parents, Lewis’ quality of life was catastrophically reduced by the severe disabilities inflicted on him by his father.

“Bird was rightly convicted of Lewis’ murder and responsibility for his death rests solely with him.

“This has been a complex and difficult investigation for my team given the timing, expert medical evidence required and the detailed collaboration with our fellow prosecutors.

“We hope that our combined efforts to bring justice to Lewis will offer some measure of comfort and reassurance to those who have cared for this child and this young man who was so cruelly deprived of his life. »