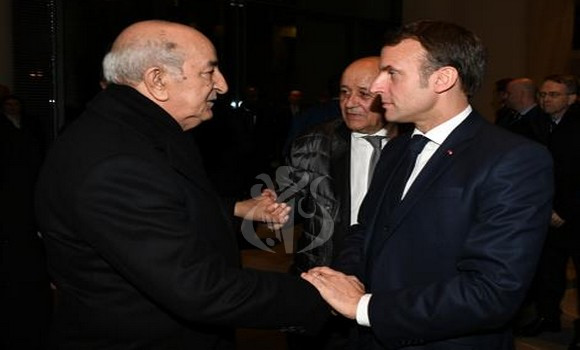 The armistice was decided on March 19, 1962, a day after the Evian Accords had been signed by representatives of the French government and the Algerian FLN the day before. A speech more in keeping with the vision of the happy medium preached in vain by Albert Camus, the child of Belcourt, than that of the Marxist ideologue Jean-Paul Sartre, who championed the independence fighters and would later join Benjamin Stora. The latter, who was close to Albert Camus, became an adviser to President Macron in the Algerian war. We do not go back to the history and controversy surrounding this March 19, 1962 date.

President Macron’s words at issue here come towards the end of the presidential intervention. They qualify in an unprecedented way by the expression ” our children ” the ” called of the quota, the repatriated from Algeria, the Independence fighters who later arrived in France “, the ” Harkis became french “, and this ” originally from Algeria or born in France to Algerian parents “. For the President of the French Republic, all these categories correspond to a historical reality in France that must be said and recognized as such in order to ” the nation to live in peace “. Talk about veterans of the FLN and their descendants who chose France after independence, repatriated Pieds Noirs and French Muslims and Harkis who became French and say that they ” our children ie the “Children of the Republic” is a real reversal of history.

Excerpts from these unreleased lyrics :

To allow these stories not to be told, not to be acknowledged, to make so many journeys in a row is to make it impossible for the nation to live in peace. »

So these are statements that, in a way, risk offending the supporters of a pure and hard FLN, who glorify it to the point of absurdity and refuse to question the official story. But on the other hand, these words of appeasement echo, to a certain extent, the thoughts of many Algerians who, voluntarily or through indoctrination from a nationalist past, have finally chosen to live in France. They have largely acquired the nationality of the former colonizer, thus integrating, after the Pieds Noirs and the Harkis, the French nation of the blue-white-red flag and the anthem La Marseillaise. For this reason, President Macron refers to them as “the children of the Republic”.

How many stolen lives!

In closing, and still on that train of thought, here is what an Algerian named Kahéna N. wrote in a small pamphlet entitled “Testimony from 1954 in Algeria to 2001 in France” published by Les Presses du Midi in November 2001 : “For us civilians, victims of an unwanted war, our enemy had no identity. Danger was present at every moment. Soldiers, French, Harkis, Fellagas suspected us and collectively accused us of being traitors. … We were hostages on both sides. Who are we really? Algeria was upset like everyone else… How many lives stolen! … »

And again: “My integration as a young Algerian girl in France did not cause me any great difficulties. Maybe, honestly, I gave myself the means to do it! However, the situation was different then: a thriving economy, a smaller North African population. The foreign families lived mixed in perfect harmony with the others. We were even less noisy. … French, not by accident but after careful reflection, of Algerian origin, I am sometimes surprised and at the same time happy about this freedom of expression in this country, which with this successful integration has fortunately become my French without forgetting my origin. Fate sometimes has happy distractions! »

Many Algerians, women and men who chose to live in France rather than their now independent country, will find themselves in this story by Kahéna N.