The Mufti Hassan Khaled public secondary school in Bourj Abi Haïdar district was the focus of international and local attention on Monday 28 March. That of UNESCO Deputy Director General for Education Stefania Giannini, Prime Minister Nagib Mikati and Education Minister Abbas Halabi. That too by a large audience of students and teachers who came to admire the restoration of the building, which is on the National Heritage List, and the closure of the LiBeirut initiative launched by Unesco the day after the twin explosions in the port to accompany Lebanese capital. 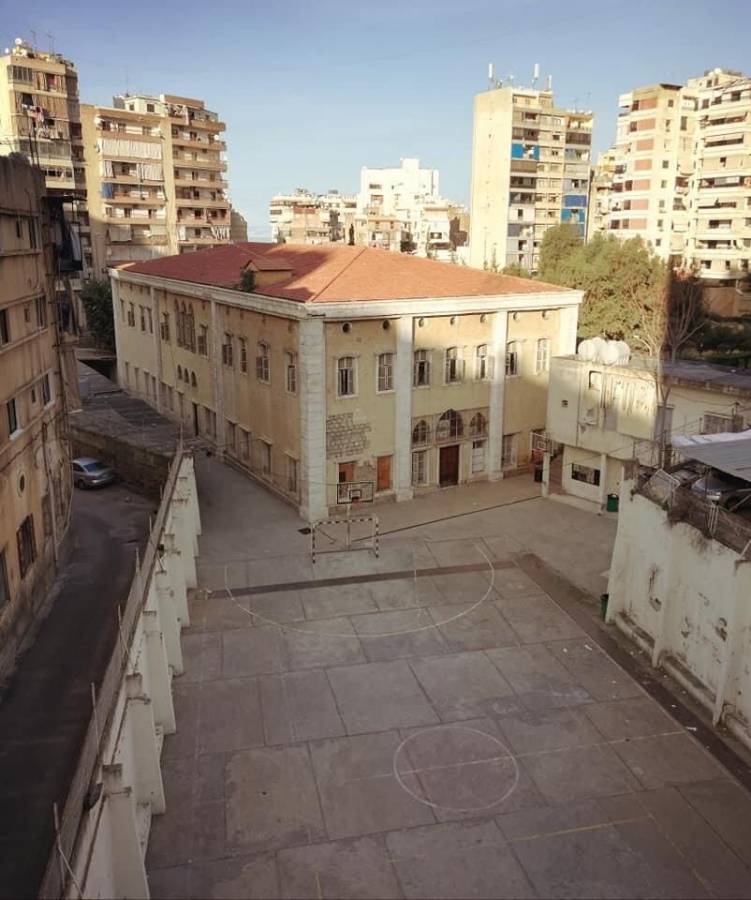 A cultural and educational symbol

The Ottoman-era building, a former military school, had suffered its death knell on that disastrous August 4, 2020 after abuse from civil war, random repairs, state indifference and the ravages of time. It now reveals a triple-arched sandstone facade with a renewed roof and blue-green shutters. An equally inviting interior with high walls, softly colored classrooms and access for people with reduced mobility. And a furnished playground that allows sports activities despite the cramped conditions. He is now the symbol of the emergency recovery of Lebanon’s education sector, particularly the public schools that educate the poorest. A symbol that is both educational and cultural given the historical heritage it represents for the city of Beirut. 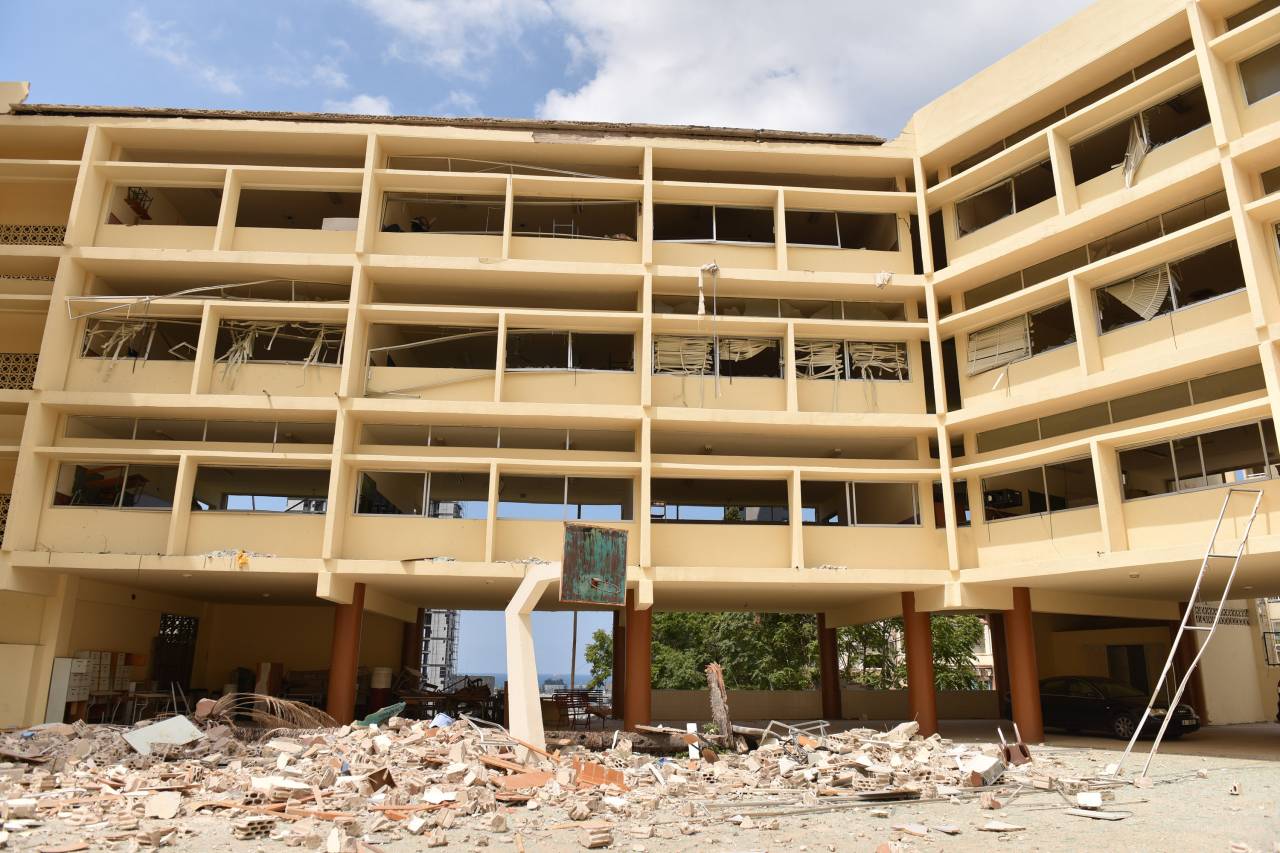 A public school in Achrafieh, just after the blast, August 4, 2020. Unesco photo

“We wanted to restore the dilapidated building, while giving it back its original traditional and cultural character, which has disappeared over the years and failed restorations,” specifies architect Jean Yasmine, adviser to Unesco. The whole is of such harmony that today it is the pride of the district. This contributes to the good reputation of this French- and English-speaking secondary school, “the only one in the neighborhood”, assures its director Souad Kassas. The Mufti Hassan Khaled School, formerly known as Haoud el-Wilayé, now educates 250 students. Among them Sara, in first grade, “happy to follow her lessons in the most beautiful school in the country”, but also Mohammad Ali, former student who remembers “the stones that were detached from the facade before the restoration to end up on the playground”. “The establishment has trained big figures from Beirut, including former Prime Minister Salim Hoss,” Ms Kassas recalled. 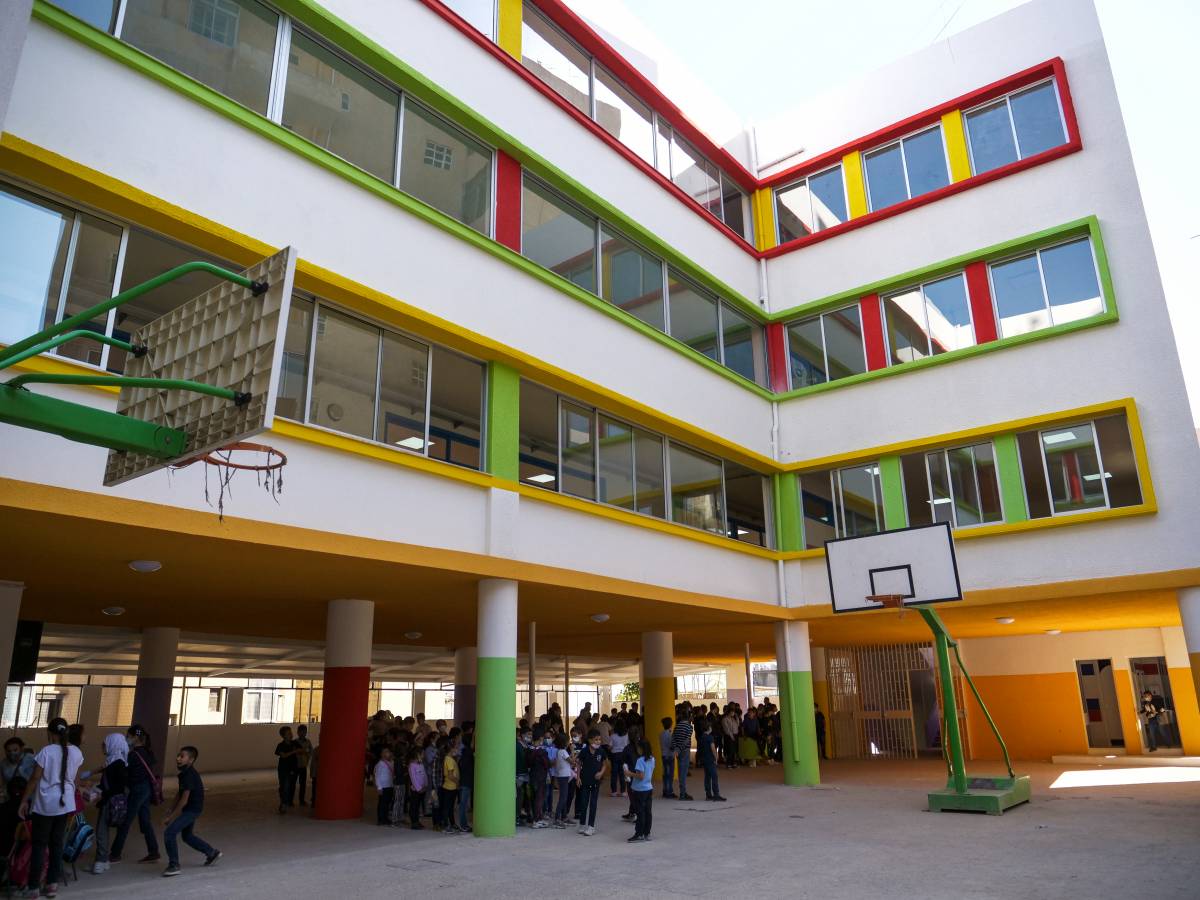 The same public school in Achrafieh after its renovation thanks to the LiBeirut initiative. Unesco image

The event marks Unesco’s rehabilitation of 95 public and private educational institutions, 20 vocational training centers and 30 university buildings destroyed or badly damaged by the disaster. With its partners, the Ministry of Education, the Qatari Fund for Development, the organizations “Education above all” and “Education can wait”, the total number of refurbished buildings amounts to 280. A refurbishment that has cost the princely sum of 30 million dollars in total , including the repair of buildings and the supply of equipment. “A little less than a million dollars was spent on the Mufti Hassan Khaled school alone,” says Yasmine. 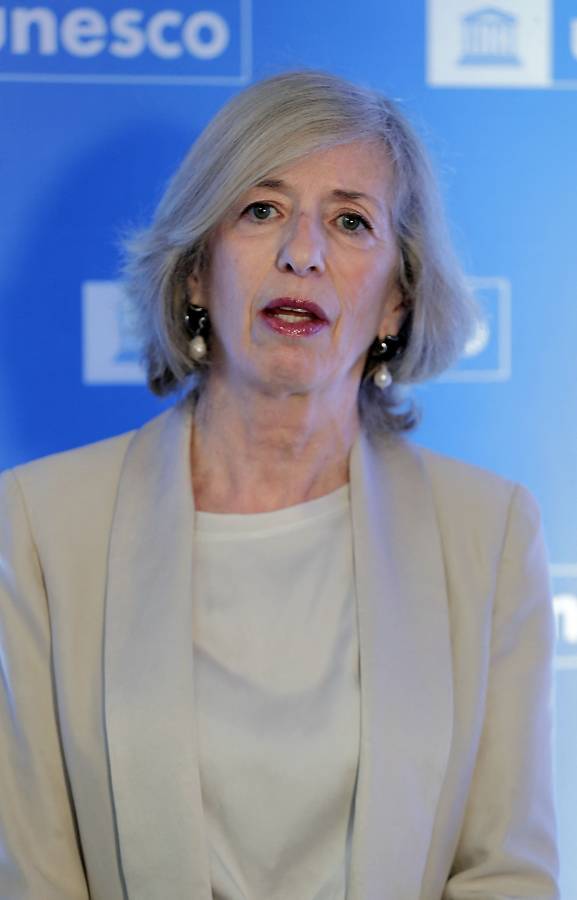 The state must prioritize education

This event was an opportunity for L’Orient-Le Jour to meet with the UN’s top education official. An interview in which Stefania Giannini expressed her “great pride” in fulfilling Unesco’s mission and handing over “the keys” to the Lebanese authorities, represented by Prime Minister Nagib Mikati and Minister of Education Abbas Halabi, on Monday evening. The initiative is certainly “just the beginning of a long process” because the damage caused by the explosion in the port is colossal. “228 schools were damaged or destroyed, as well as 20 vocational training centers and 32 universities,” lists Ms. Giannini. “We have also had to deal with the Covid-19 pandemic and distance learning, in addition to the numerous crises that Lebanon is going through which have inevitably put a strain on its education system,” she notes.

Hence the need to “revitalize the quality of education”. “A bifocal effect is therefore essential,” she emphasizes. “Emergency measures, especially immediately” as implemented by Unesco to allow the 85,000 students in the schools affected by the Beirut port disaster to access education and return to their schools as soon as possible , or in the form of a one-off Support for teachers who suffer greatly from the devaluation of their salary. At the same time, it is imperative to “rethink the Lebanese education system” and “implement the reform of the sector not only at school level but also at university level”.

Stefania Giannini is closely following the long-awaited education reform, fueled by the collapse in school standards and the deplorable scores of Lebanese students in international assessments, TIMSS and PISA at the top. “The Ministry of Education, with technical support from Unesco, has drawn up a five-year plan for the sector,” she notes. In particular, the project focuses on the revision of school curricula, the development of public and technical education, the civic education of students, the improvement of the teaching profession, the creation of a national agency for quality control … ” It must be the commitment of the Lebanese State to the Prioritizing the education sector,” concludes the Deputy Director-General, expressing hope that “the opportunity will be seized for a change in approach.” Hear better governance in a country eroded by political clientelism.

The official promises are just waiting to be implemented. ” It’s now or never ! comments Stefania Giannini. The Lebanese political class must be held accountable. Because it is important to “give hope to the Lebanese youth who are emigrating in large numbers” and to encourage them to stay in the country.

The Mufti Hassan Khaled public secondary school in Bourj Abi Haïdar district was the focus of international and local attention on Monday 28 March. That of UNESCO Deputy Director General for Education Stefania Giannini, Prime Minister Nagib Mikati and Education Minister Abbas Halabi. That also of a large audience of students and teachers…