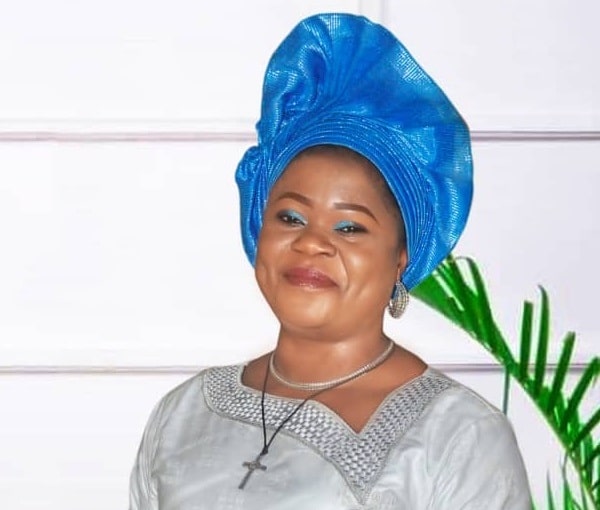 Crépine Gandaho Amoussou, in his forties, is a certified philosophy teacher, specialist in human resources management, consultant in educational psychology and President of the Action Group for the Motivation and Intellectual Awakening of Learners (Gameia), a non-governmental organization. Married since 2011, the passionate Catholic expresses her Christian commitment to helping children with learning difficulties in schools through this NGO. Portrait.

The story of Crépine Gandaho Amoussou is that of a woman from an animist family raised by a father with strong faith in God. “ My father was a traditional healer, but he is a man who believes in God. Although he was in his practices, he enrolled all of us, his children, in catechesis testifies Gandaho, who was baptized at the age of twelve.
With her high school diploma in hand, she enrolled at the University of Abomey-Calavi (Uac) in 2003, where she obtained two degrees in philosophy and law respectively. In 2011 she married Théophile Amoussou in the Chapelle St. Jean-Eudes de Zogbadjè near the university. “ He then became my first support she trusts. He supports me and encourages me in all my initiatives ».

As part of her Capes research, she is interested in the causes of school failure: “ I’ve been trying to understand why there are very gifted learners and others who are lagging behind in the same class “. That’s what she finds out then Low-performing students tend to have no method of work, don’t know how to do it, and parents make big investments without big results “. Based on this diagnosis, it proposes a care and support program.

In defense of Capes’ thesis, Inspector Roukayatou Daouda Yessoufou recommends that he share the document’s proposals for better support for learners with the general public. Crépine publishes successively Effective working methods for every learner in 2016, How do you motivate learners with learning difficulties? in 2017 and Dealing with behaviors at home and in the classroom in 2020. The first work will be officially included in the secondary education curriculum across the country by Ministerial Decree from 2020.

Also read: Hugues Fabrice Zango, the Olympic champion who wanted to be a priest

Meanwhile, in 2018, Gandaho founded the Action Group for the Motivation and Intellectual Awakening of Learners (Gameia), an NGO that offers support to children with learning disabilities. “ One of my goals in founding this NGO was to help improve school outcomes, motivate and empower learners, promote female gender, and educate about civic values. ».
And to add: At the NGO level, we run method courses, support for low-level learners, follow-up and support for them at home and in colleges, but also for intermediate-level learners who want to become excellent “. In four years, the NGO has supported 244 learners at home and visited 67 colleges for training. But Gandaho says he owes all these initiatives to God.

“The intuition of this project was inspired by God”

« I received the intuition for this project in the parish of Jesus Eucharist in Cotonou. One day, as I was walking by, I stopped and made the sign of the cross to meditate. This is where I got the inspiration for the subject of my first works testifies Gandaho. She manifested her gratitude by dedicating each of the three books she published to Jesus’ Eucharist. In addition, she sees the work she does with her husband and the NGO team as a charity for these children in need and as her own way of expressing her faith in action in the city.