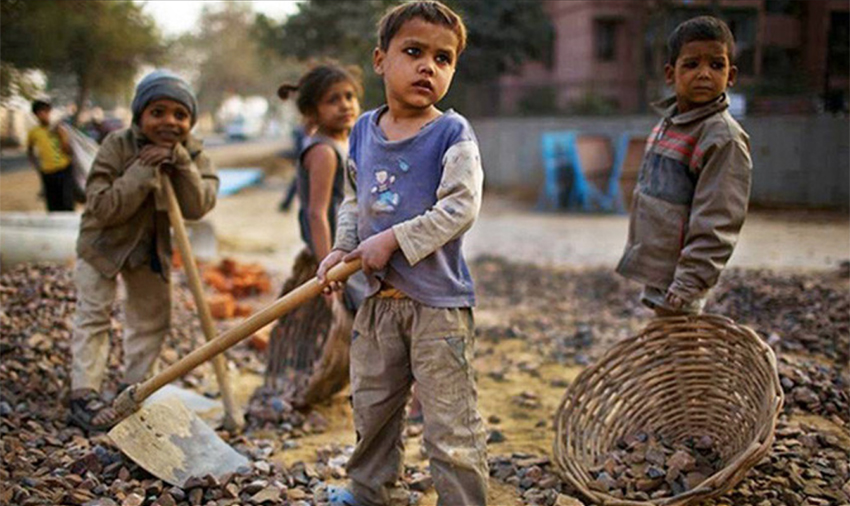 A joint study by Brazilian academic Guilherme Lichand, who works at the University of Zurich (Switzerland), and his colleague Sharon Wolf from the University of Pennsylvania (USA), measured the underdeclaration of working children in Brazil and concluded that the actual The number of children aged 7 to 14 working in the country is seven times higher than official statistics show.

The latest official data from World Development Indicators (WDI), a database of international statistics compiled by the World Bank, showed that 2.5% of Brazilian children in this age group were working in 2015, equivalent to 738,600 people. But the study by G. Lichand and S. Wolf concluded that the actual percentage was 19.15%, or about 5,650,000 children, according to a study reported by the daily newspaper (April 13, 2022).

Official figures from the International Labor Organization (ILO) are based on surveys carried out in several countries. “These surveys generally follow a methodology where adults are first asked if their children work. If they lie out of fear of punishment, embarrassment or any other reason, the final statistic shows a lower number,” explained Guilherme Lichand.

The parameters used by researchers to define child labor follow definitions from international organizations such as Unicef ​​and were developed with school children.

“If the child is under the age of 12, regardless of the number of hours worked, and

does not receive any remuneration for this, this is already considered child labour. If the child is between the ages of 12 and 14, the work is defined as such if it is 14 hours per week or more, provided the occupations are not hazardous. From the age of 15, he is qualified as such for a period of 41 hours,” explains Sharon Wolf.

The study finds that when children are asked directly whether they have paid work, the response tends to be much higher than when asked the same question to responsible adults.

The researchers were able to verify this difference as part of a study by an NGO based on the responses of children and parents who work in rural areas of Côte d’Ivoire in the cocoa harvest. In this case, in which 2,000 people were interviewed, it turned out that the children were telling the truth, as the NGO’s results differed from the children’s answers by almost a percentage point.

Using data collected by the World Bank in 97 countries, researchers were able to correlate what parents say they do with what most closely resembles reality. The model accounts for items such as the percentage of children engaged in risky activities in each country and the number of hours worked.

Since the incidence of working children is higher among students in rural schools than among students in urban schools, the calculations also had to take into account that the responses came from more or less urbanized areas.

In the case of Brazil, one of the few countries in the WB (WDI) study where the question about children is asked, the results of the World Bank (WB) database could be compared with those of the national survey.

In the official Brazilian survey of 2019, 15% of children aged 10 and 11 said they work at least one hour a week. If you include out-of-school children, that proportion can rise to 19%, which is in line with our survey, added Sharon Wolf.

“It’s not about helping parents occasionally around the house, but about paid child labor. For example, when President Jair Bolsonaro says it’s good for children to work, what kind of work is he talking about? It is not clear in its definition and that prevents debate,” the researcher explained.

The cocoa sector in Brazil was selected to collect data as it has historically been heavily influenced by child labour. The organization Papel Social was commissioned by the ILO in 2018 to investigate activities in certain areas of inland Brazil.

“Around 7,000 children and young people work in the cocoa chain, mainly in the states of Bahia and Pará. The phenomenon is the same for palm oil, tobacco and gypsum,” explained Papel Social CEO Marques Casara. (Article published by The daily, April 14, 2022; write translation Against)