Microsoft has a long history of helping sick children in hospitals find a little more joy in difficult moments in life. The year 2022 will be no exception to this rule. Xbox just launched its campaign Beyond Xbox: Therapeutic Game in the company of a longtime partner who has the same goal: to promote the benefits of video games in a healing process.

Xbox and Gamers Outreach team up again for a good cause 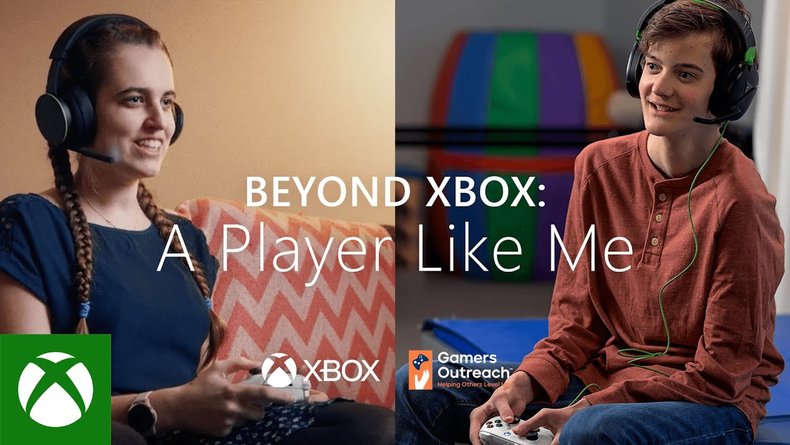 This is not the first time the two structures have gone hand in hand. The Redmond company and the Gamers Outreach association had already entered into a partnership in November 2020. Together they had started a campaign aimed at distributing 20 Xboxes with the likeness of Dwayne “The Rock” Johnson in American hospitals. The former WWE Superstar-turned-Hollywood star and historic brand ambassador had indeed offered an Xbox Series X collector imprinted with the Brahma Bull emblem and accompanied by the following message: Keep smiling and have fun! Love, Dwayne “The Rock” Johnson.

20 years ago, @Bill Gates & I debuted on 1 @xbox to the world!
now @Microsoft & I surprised some brave & great kids. with @GamersOutreach We’re giving away unique “ROCK XBOX Series X” consoles to 20 children’s hospitals for over 50,000 children!!
Keep smiling
– DJ 🤙🏾🖤 pic.twitter.com/snXVXJF3MZ

The technique changes, not the purpose

No consoles this time, but a short film titled A Gamer Like Me, aimed at showing all the advantages of video games to children who have to spend a lot of time in hospital. Today’s devices allow each of them to maintain social interaction with other players while playing in order to get away from their everyday routine for a few hours, which is far from easy.

In a post published on the Microsoft website, Megan, a 23-year-old young woman living in Inverness, Scotland, and Jordan, a 14-year-old teenager living in Michigan, tell us how they feel in the corner of a game met on Forza Horizon 5. Both suffer from the same disease, Ehlers-Danlos Syndrome:

“It was really cool to see that beyond Ehlers-Danlos we share common interests and understand each other, more than just what you’re experiencing. »

“I’m not much older than him, but I didn’t know if we had anything in common, but it turns out we have a lot in common. We’ve talked about how sometimes you get medical advice, but at the end of the day you know your own body. You have to live with that. It’s just nice to talk to someone who understands. I think at the end of the day it doesn’t matter if the person is a different age than you or lives in a different country. My friends and family are really supportive, but it’s hard to understand if you’ve never had this experience. »