The second part of the “final” season of Attack of the Titans ends with this Episode 87 that stands out from the previous ones. 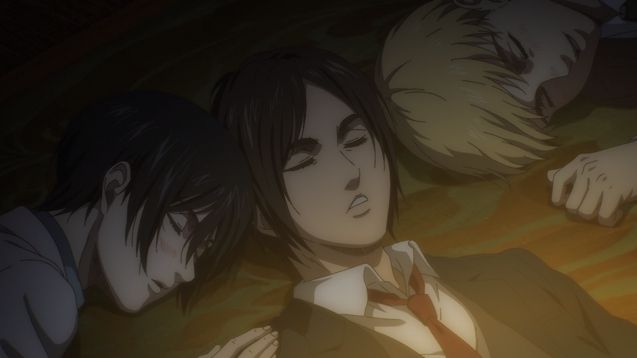 As long as you haven’t seen the episode, you like it.

We won’t be outraged because the anime doesn’t end this year. But it’s still (a little) silly to announce a “final season” when it spans three years. And even, If the producers had been transparent from the start, maybe we could have accepted it (find it funny). But no, apparently it’s far better to wait for the last episode of each part to show the public how the series is cut.

In short, this last episode remains a success in our eyes, even if it doesn’t advance the plot chronologically. why do we love it Mainly because it adapts chapter 123 of the manga, which allows us to see Sasha. But mostly because it makes people laugh and touches by showing the final moments of pure and simple happiness in the series. 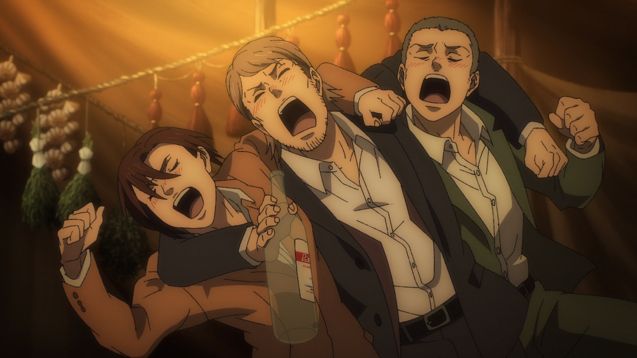 It may sound a little silly to think so, but We find it important, even essential, to allow ourselves moments of carelessness before the hecatomb of volumes 33 and 34 was adapted. The studio understood this well and that’s why Chapter 123 was kept until the end. Hansi who wants to give carrots to a car, Sasha who discovers ice cream, Levi who is being flirted with by a clown, Mikasa (again) who wants to confess his love to Eren… Those scenes related to the first seasons will be missed terribly during the final assault, so you might as well enjoy it now.

While the previous episode of Attack of the Titans let Mikasa bathe in the blood of his victims, it shows a sweet, benevolent and shy young woman, a side of character we seldom see. We also discover an addition to the dialogue between Sieg and Eren where it is stated that Mikasa is just in love and that her loyalty has nothing to do with supernatural impulses specific to the Ackermans. For his part, Eren remains very vague about his feelings for her. 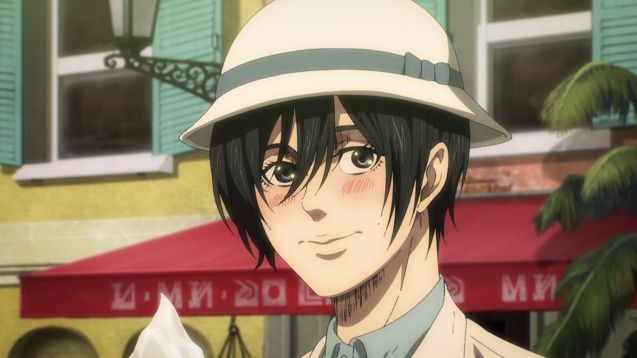 The protagonist, on the other hand, is very clear on one point: he just wants his friends to live happily for as long as possible. Her conversation with Historia is heartbreaking, not only because we learn that the Queen knew of Eren’s plan (and it must have distressed her), but also because Eren wants to prevent her from telling the world of children who destined to do so are to die for their people. It’s a way of thanking her for saving him in Season 3, one of the show’s best scenes.

What we don’t really understand is the sentence that ends the conversation: “What if I had a child? “. Wasn’t that Sieg’s idea anyway? Did she father this child with Eren? And why did Historia keep Eren’s secret? This flashback within a flashback is quite strange. Either the author of these lines is stupid. Or both. 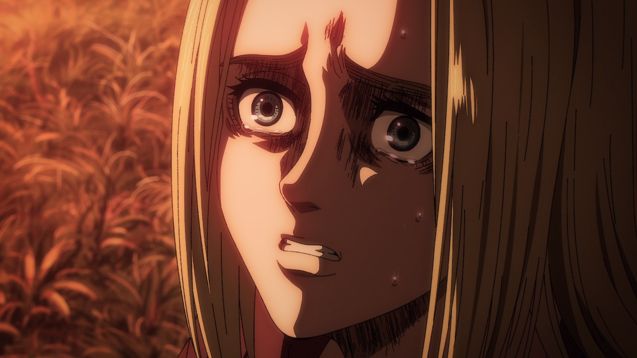 Is the subtitle above weird? See that with Hiroyuki Sawano because he is the one who chooses such titles for the soundtrack tracks. That’s the song you hear at the party in the refugee camp. In addition to returning to Armin’s sacrifice before Bertolt or when Grischa fetched his little sister from the ghetto, LENs 97n10 fire giant theory MAHLE east a piece that arouses all kinds of emotions: sadness, joy, melancholy, hope… The Power of Music sums it all up in a simple drinking scene.

MAPPA’s orange light is also out of place in a scene that expresses the warm side of a community that welcomes heroes into their homes. Fun detail: The families who met that night are already trampled by the time Mikasa remembers all of this. “Amusing” might not be the right term, but it certainly helps make the scene sad. 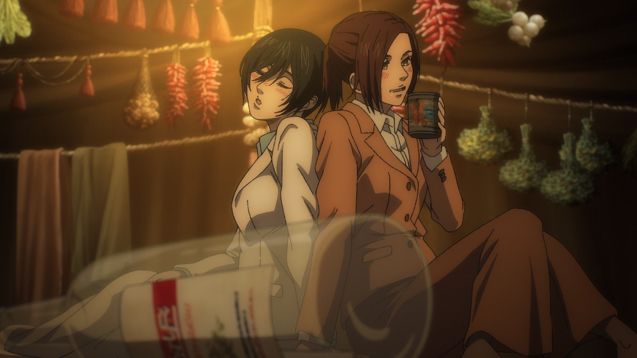 A clear message to young viewers: drinking is cool.

Season 4 Part 2 ends with three minutes of destruction with no dialogue. The global coalition manages to slice a few colossal to pieces, which is still impressive, but not nearly as much as wiping out the largest fleet in history simply by swimming. There’s even a little hint about it Terminator 2: Judgment Day when the upper brass breaks down from heat.

This scene is a visual success just by seeing the cloud and smoke effects. We would go so far as to print certain plans to frame them and trick the uninitiated into believing they are the work of an unknown painter (but we won’t because we’re lazy). Then come the frightened and desperate faces of the soldiers who no longer see Eren Jäger as public enemy number 1, but as an evil god ready to destroy entire nations. We also get a better idea of ​​his size in the final shots of the episode. See you in a year for the rest.

Attack on Titan Season 4 has been available on Wakanim and Crunchyroll since April 3rd. 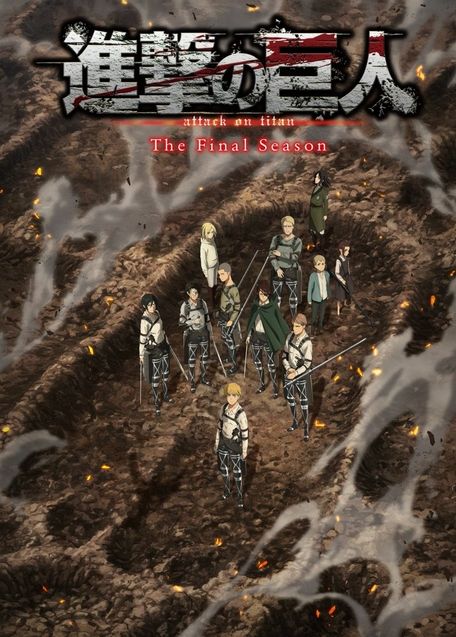