Should we be concerned about children’s overexposure to screens taped to their smartphones, tablets and computers? The idea regularly troubles figures and political leaders, who call for it to be made a public health issue. However, a recent study puts the phenomenon into perspective.

Last December, a hundred French MEPs spoke out in a forum published in Le Monde on the risk of screens for child development. “Children’s excessive exposure to screens could be the evil of the century,” they said.

With the Covid crisis, this fear has also found a new echo. The closure of schools and detention centers have exposed the youngest to screens at school or during leisure time.

Personalities as diverse as the former presidential candidate Benoît Hamon or the singer of the group Indochine, Nicolas Sirkis, who also signed the platform in Le Monde, worry.

Find our common forum supported by@CarolineJanvierand contribute to the writing of the 1st Child Protection Act and Parent Education https://t.co/OqNeU62X0c

The risk for children: delayed intellectual or even psychomotor development. The screens would have “a detrimental effect on sleep, nutrition or even the handling of emotions” and they would also “endanger language acquisition and the retention of knowledge”, according to the signatories of the forum.

The latter submitted a bill to the National Assembly at the end of February to carry out further awareness-raising measures.

Psychiatrists and child development specialists, however, remain pragmatic: studies on the subject are plentiful, but their conclusions are varied and their quality inconsistent.

Sheri Madigan, PhD, from the University of Calgary and JAMA Psychiatry Web Editor @JohnTorousMD discuss “Association of screen time with internalizing and externalizing behavior problems in children under 12 years of age: A systematic review and meta-analysis”. https://t.co/rPjGV0aLNP

In children under the age of 12, there is a link between screen time and possible behavioral problems. But it’s “weak,” at least according to a study published this week in the psychiatric research journal JAMA Psychiatry.

The study is a “meta-analysis” that takes up many existing studies and evaluates their seriousness. His conclusions would therefore be more robust than any of the work examined individually.

According to the authors, these less reputable studies are much more alarming. Studies typically tend to “exaggerate the effects of screens due to a lack of methodological rigor”.

However, the latest study does concede that there is a link between behavioral problems and screen exposure. However, “the compounds found are really light, which is reassuring,” says British psychiatrist Russel Viner.

Distinguish cause from symptom

Do the children have problems because of too much exposure to screens or do they spend too much time in front of them just to escape from their problems (difficulties in the household, in social life, etc.)? 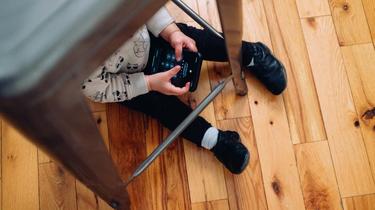 “This is a very complex issue and we cannot conclude that exposure to screens causes problems,” said Russell Viner in a comment to the Science Media Center organization.

“For many children, as for us adults, screens can be a positive source of education and distraction,” he concludes more optimistically.