AMERICA/BRAZIL – Climate events, education, violence: the bishops of the state of Rio de Janeiro in view of the elections 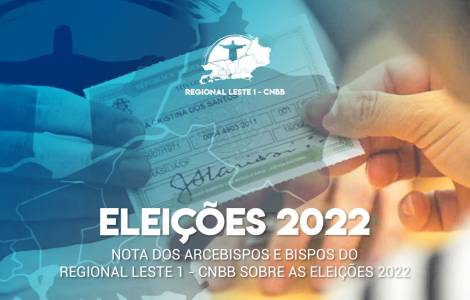 Rio de Janeiro (Agenzia Fides) – “The State of Rio de Janeiro needs special attention so that climate events do not continue to cause disasters and suffering. Promoting quality public education and fighting violence are also priorities. This is necessary to build a state project that is deeply rooted in the Brazilian nation and will not be interrupted by the succession of governments”. This was stated by the Bishops of the State of Rio de Janeiro, Region Leste 1 – CNBB, in the official statement on the 2022 elections, which will take place on October 2nd.
In this message, the bishops recall that the Church does not identify with any political party or ideology, that it is not her task to take charge of the political struggle, but that all Christians, including pastors, are called to come together to take care of building a better world, as Pope Francis said. “Elections are occasions for the exercise of democracy that require the nomination of candidates and projects guided by justice and social peace,” reads the communication received by Fides.
“In an authentically secular state, it is legitimate for corporations and groups to have and explain their distinguishing criteria with regard to the choice of vote. The Church also has the right and duty to do so, and she does so on the basis of the gospel and social teaching”. The bishops therefore ask Catholics and people of good will to identify candidates who show a clear commitment to the principles of the common good, the dignity of the human person, the integral defense of life – from conception to natural death – including respect for and promotion of democracy and human and social rights, protection of the environment and integral, social and economic development without Forget the fight against corruption and tax evasion.
They therefore call for the creation of a “healthy climate of communication and information exchange” in order to encourage discernment with regard to voting, taking care to maintain harmony and respect for different opinions, avoiding divisions and polarization in families, parishes, communities avoid pastoral circles and friendships. They then warned of the danger of fake news which “has done serious damage to democracy” and the moral and legal implications of using social media. The bishops of the state of Rio de Janeiro concluded their message with the call to pay attention not only to the positions with the greatest responsibility in the next elections, but also to the composition of the legislative chambers, “with the hope that there will be elections in 2022 let’s have a moment of real democracy”.
(SL) (Agenzia Fides 12.4.2022)