“I’m worried, but I’m trying to be positive” 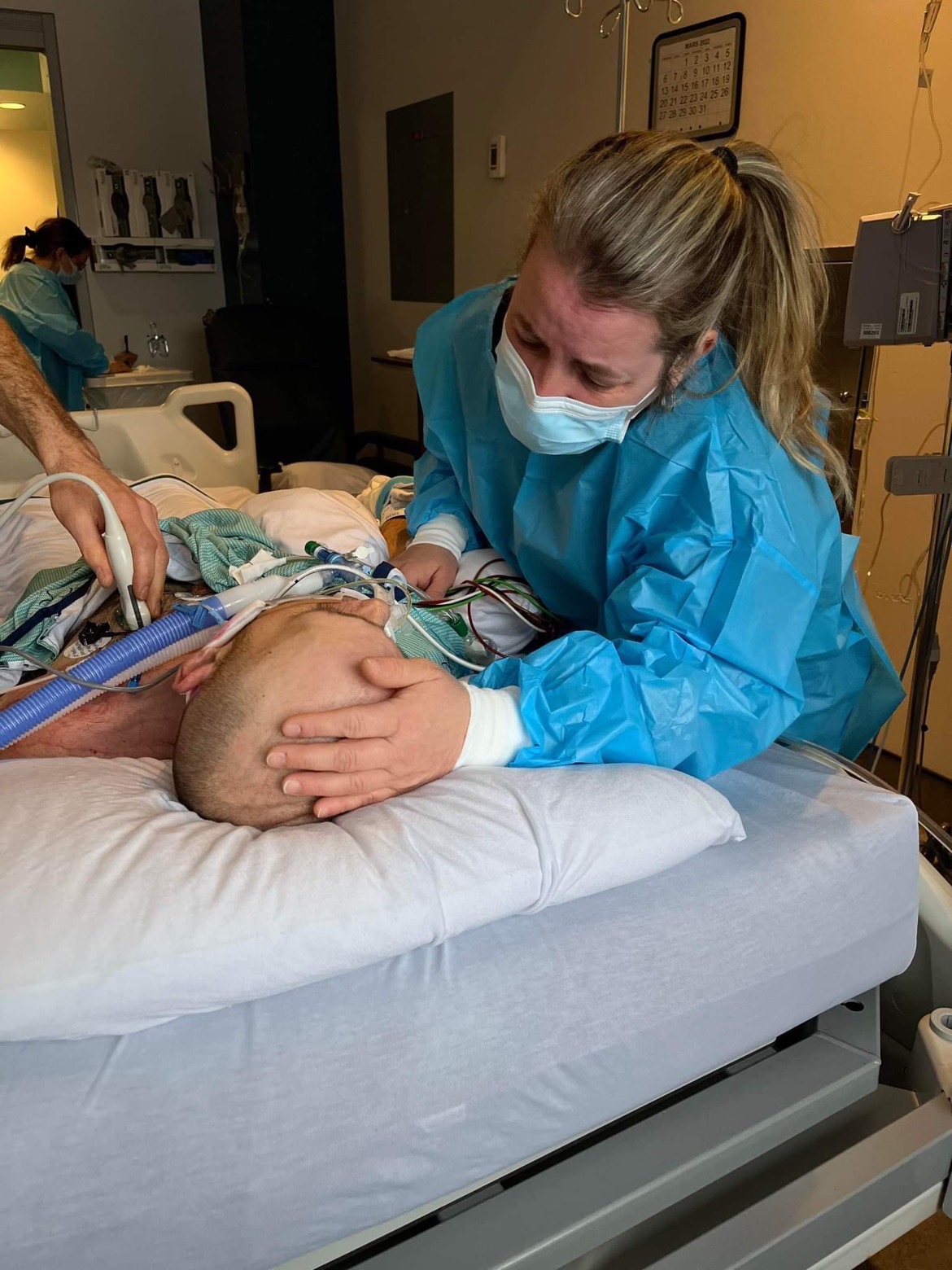 Joliettain Nicolas Chicoine has been in an induced coma since mid-March 2022 and his wife Nancy Lebeau visits him every day.

A Joliette family has experienced great tragedy since March 9, when the father, Nicolas Chicoine, became seriously ill and had to be placed in a coma to stabilize his condition. To help the bereaved relatives, Mr. Chicoine’s good friend Louis-Philippe Saumure started a fundraiser, giving the family some breathing space.

Longtime friends, Mr. Saumure and Nicolas Chicoine, amicably nicknamed Chico, grew up together in Ripon, Quebec. “We were together all the time. We were like brothers.” Mr. Chicoine then settled in Joliette and started a family there, but the two men have stayed in touch ever since.

In January 2022, Nicolas Chicoine contracted Covid-19. The man eventually partially recovered from the virus, but symptoms of fatigue and breathing problems persisted afterwards. Louis-Philippe Saumure says his friend felt very ill at times and had to go to the emergency room several times. Eventually, Mr. Chicoine met a doctor who ordered him to go to the hospital.

Mr Saumure testifies how quickly his childhood friend’s health deteriorated: “A few days after his arrival at the hospital he was in intensive care. Nicolas Chicoine had to undergo a series of tests to determine the cause of his problems and the nursing staff discovered a disturbing mass near his heart. Doctors are struggling to qualify this disease, but suspect a cancer that then caused Good’s syndrome, a disease that renders the patient’s immune system completely ineffective. 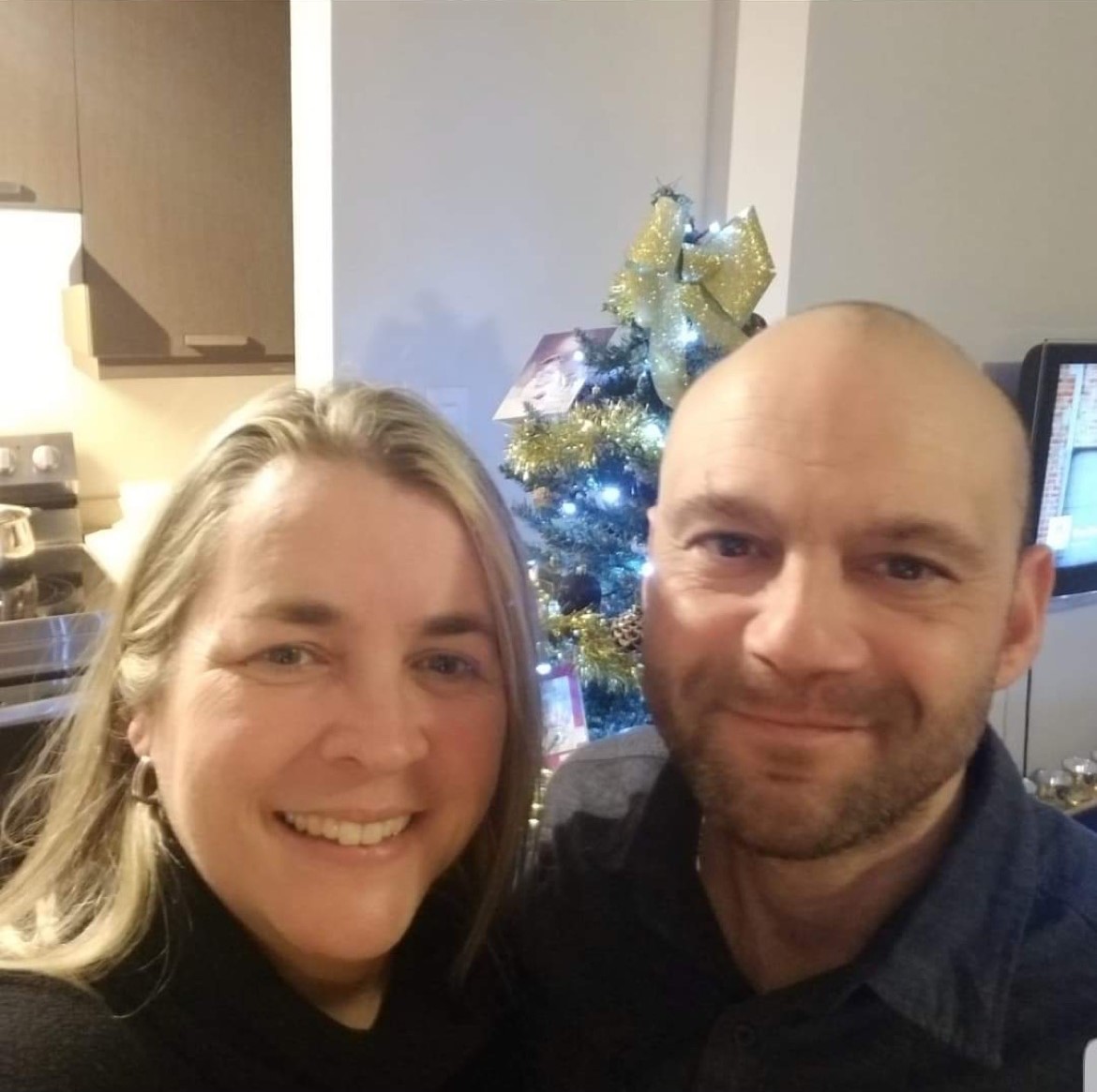 Since contracting Covid-19 in January 2022, Nicolas Chicoine’s health has only gotten worse.

Mr Chicoine was therefore transferred to the Hôpital du Sacré-Coeur-de-Montréal, where he was placed in an induced coma to stabilize his condition. The doctors tried a few more times to rouse the patient from his calm. “Every time they pull him out of a coma, he relapses one after the other,” explains Louis-Philippe Saumure. He states that once awake, Nicolas Chicoine has difficulty breathing on his own. “He’s been battling Covid for a long time and probably has cancer and Good’s Syndrome. But the doctors can’t do anything until his respiratory system is stabilized,” says Saumure.

When Louis-Philippe Saumure saw Mr. Chicoine’s relatives in this situation, in particular his wife Nancy Lebeau, who no longer worked to be at his bedside every day, he became concerned and wanted to help them, especially financially. He therefore had the idea of ​​starting a fundraiser on the GoFundMe platform to support his friend’s family. When he spoke to Ms. Lebeau about this idea, she was very moved. In almost two weeks, the campaign organizer managed to raise more than $21,000.

Since its inception, Mr. Saumure has received dozens of messages from Nicolas Chicoine’s friends, colleagues and citizens who support this initiative and his friend’s family. This public participation is a balm for the patient’s relatives, which greatly pleases Louis-Philippe Saumure, who reiterates that the most important thing in all of this was to encourage his friend’s wife. “Chico is in good hands at the hospital so it’s almost Nancy who needs the most support right now. I started GoFundMe because I want her to be by his side,” he concludes.

To contribute to the fundraiser organized for the Chicoine family, you can go to https://bit.ly/3JlkZab.